You added nothing to Product Comparison 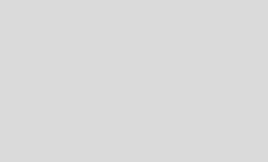 The most sacred Hindu temple complex in Nepal, Pashupatinath (literally "Lord of the Animals") is dedicated to the worship of Shiva, one of the three central gods of the Hindu pantheon. Spreading over both banks of the holy Bagmati River, Pashupatinath is a fulcrum of life and death, the vividly "now" and the hereafter. To the west of the complex, worshippers flock in and out of the golden and silver pagoda-style Pashupatinath Temple, tikas of red rice adorning their foreheads, garlanded with marigolds and shining beaded necklaces and carrying offerings of fruit and flowers. Meanwhile, on the banks of the river, crematorium ghats burn, and the shrouded dead are ritually washed with river water and heaped with flowers, as orange-robed sadhus carrying tridents brood under stone lingams. And just to the east lies the Mirgasthali forest, so beautiful that Shiva himself is said to have changed into a stag to frolic there.

Take a tour of the complex, admiring the statues and temples and the stone monuments representing yonis and lingams, centres of the female and male life force. Only Hindus may pass into the inner court of the great Pashupatinath Temple itself; but non-Hindus can explore the outer courtyards and grounds and the many smaller temples and mandirs of the site. Linger on one of the Bagmati bridges among crowds of local people, and watch cremation smoke rising from the ghats: the chances are that you may see a shrouded form being covered with orange cloth and borne away by mourners towards the fires. And perhaps it will strike you as you watch that these public funerals manifest something of the wisdom of Nepal. Burials here aren't hidden away with the fearful secrecy of the West, but are community occasions just as birthdays, weddings and festivals are; and death is a part of life like any other, albeit a sad one.

You added nothing to Product Comparison